When the Josephine County government was forced to close its entire library system in 2007 due to lack of funding, the libraries’ collections had not been updated for years due to a steadily dwindling book budget. The four library branches were closed for 19 to 31 months, with no books acquired during that time. However, the grass-roots nonprofit organization — Josephine Community Libraries, Inc. — in partnership with county government — reopened the system once again in 2009.

Being funded by donations rather than regular tax revenue, though, Josephine Community Libraries (JCLI) operates on about one-third of the funding it had as a county-run system. The library system’s annual book budget is therefore a slim fraction of what it should be to adequately serve its community.

With the grant of 20,000 titles in a variety of genres, Better World Books is helping to rebuild and update much-needed literacy resources throughout this Southern Oregon community, which has been hard hit by an economic crisis not only with its libraries, but also with public safety and schools.

About half of these books will flow into the library system’s collection of much-needed materials. Another half will be distributed to educational and literacy providers in our community, like Head Start and our cash-strapped county school district.

All of these books go a long way toward transforming our community, with our libraries, in partnership with Better World Books, being the literacy change agent. The implementation of this project is consistent with JCLI’s mission of being a centralized resource and service to the community and its many needs. 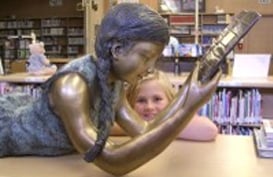