Pass It On Trust Uganda was founded in 2014 with the aim of promoting education for children, young women and youth, as a catalyst for change, in the fight against early and forced marriage in Uganda. At present over 40% of young girls are married off before 18 losing their hopes for an education, future career and their dreams of what they would like to become in life.

Pass it on Trust Uganda provides support to Good Hope Primary School Wakiso Distirct and Shammah Primary School Soroti District Eastern Uganda and their respective communities. Both areas live in extreme rural poverty and both schools are “community schools” for those who cannot afford a government education. Prior to Pass it on Trust Uganda’s involvement neither school had much in the way of school supplies such as pens, pencils and paper. Prior to the Better World Books award neither school had any books at all.

As a result of the Better World Books award, both schools now have a small library of books. In September 2017 teacher training sessions at both schools were able to be held, using these new resources as a focus and delivering in-depth advice on how to maximise the books for comprehension skills, literacy skills and most importantly for reading for pleasure. The training sessions have also helped to motivate the teachers and modernise some of the teaching approaches.

Pass it On Trust Uganda also works with A Women’s Group in each community and in the past year these groups have established several social enterprises: bakery groups, a tailoring group, a small shop, rearing piglets and a field of crops to feed school children. The literacy needs of members of the  Women’s groups have been recognised and Pass It On Trust Uganda hopes to fund a part time literacy worker in Shammah. 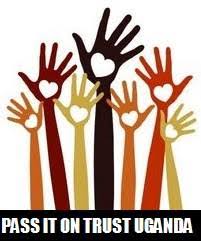